Movie Inspirations for your Danish Modern 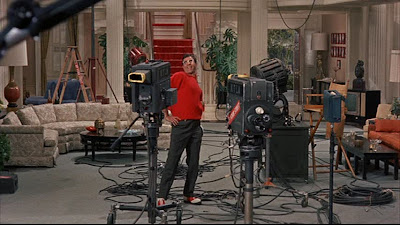 As I was browsing through an old stack of House & Garden Magazines, I came across an issue from January 2007. This issue featured 25 Fabulous Movie Interiors. If you're feeling your place is a bit ho-hum, plop yourself on the sofa and rent one of these movies to spark your designer panache.

THE FOUNTAINHEAD (1949)
Released in 1949, The Fountainhead set was designed in the height of the modern period. The architecture and design demands as much attention as the actors. You would expect no less than an ultra chic apartment for a rebellious modern architect.

A CLOCKWORK ORANGE (1971)
To call this film avant-garde is the most friendly of terms, but the eccentric characters and flamboyantly modern pieces in the set may incite a venturing spirit in your own designs. 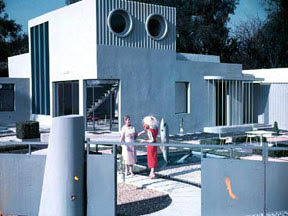 MON ONCLE (1958)
Released in 1958, Mon Oncle was already mocking the sterility of the Bauhaus-esque modern designs that the Danish Modern designers reacted against. This satirical spoof is perfect for any lover of fashion, history, or architecture.

THE PARTY (1968)
Set in LA in the 1960's, this pad is the ultimate Mod party house of the Hollywood upper echelon. Fun, glamorous, and sensual, this film will give help you stage a new theme fitting for a summer of fun.

THE LADIES MAN (1961)
Lighten up with this playful comedy. Mix your Danish Modern pieces with these bold colors and kitsch decor for a new twist on classic style.