IS A RECESSION A STIMULUS FOR CREATIVITY? 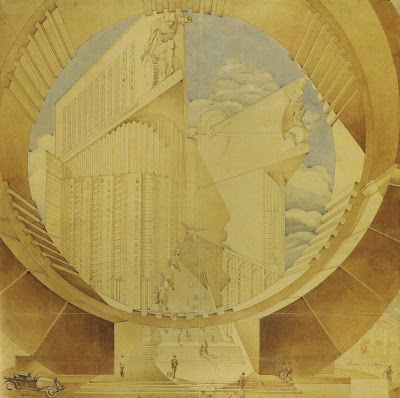 As this recession drags on, we may see a peculiar effect on our outlook and goals. Initially, we feel a new tightness in our chests and feeling that we may not control our futures as much as we had so whole-heartedly and stubbornly believed. CNN tells us we are living in a “Crisis” and if I watch too often, I begin to believe that Armageddon couldn’t come at a better time. At Danish Teak Classics, I have had the opportunity to meet and talk with a wealth of talented, creative, and successful people living in the Twin Cities or just stopping through. Many have disheartening stories, like how Target has cut its projected building projects for 2009 by 95% and chosen instead to focus on renovations. For those of us who live near an older model, we know this is a blessing in disguise. In another case, I recently called the architect I interned for last summer to catch up on the projects we worked on together. In one year, he has gone from being over his head in work to remodeling his own house to keep his best handymen handy. The job market isn’t great for many in the design profession or recent graduates hoping to break into it, but I can’t help but see the good through all the bad. This isn’t the first time we have faced this type of economy, and if you look back, historically, it has lead to some of the most innovative designs. Without demands and projects flowing in and out, creative minds have time to explore the theories and concepts that have been lying dormant in the back of their minds and on the bottom of their to-do lists. Take for instance, Soviet Russia. After the Revolution of 1917, architects and artists had grand designs in a completely new and modern aesthetic representing a fresh start for their country. The widespread poverty and lack of political organization deterred most projects from being built, but did not weaken the designers devotion to their ideas. Around the world, post WWI designers learned to dream of what could be, of utopian societies, and of a better tomorrow. Will we stop feeling sorry for ourselves and realize the value of the newly available time some of us now have? Will the architects and designers of our era come to be as creatively prolific and groundbreaking as those in a similar situation of the past? I hope so.