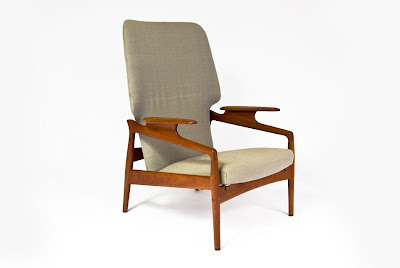 Having grown up as the son of a shoe repairman in southern Denmark, Hans Wegner developed an appreciation for craft and quality at a young age, stating later, “I have always wanted to make unexceptional things of an exceptionally high quality that ordinary people can afford.” He began a carpentry apprenticeship as a boy and later attended the School of Arts and Crafts in Copenhagen. In 1938, he began working with Erik Moller and Flemming Lassen in collaboration with architect Arne Jacobsen on the Arhus Town Hall. Wegner was directed to design furniture for the Hall; the experience became a solid foundation for his prolific career.

Minimalistic in nature, Wegner reworked historic models into practical and aesthetically pleasing modern pieces with an organic flair. Wegner’s designs gained international acclaim, the most well known piece being the Round Chair, which simply became known as The Chair, after its televised debut in the historic 1961 U.S. presidential debate between Richard Nixon and John F. Kennedy.