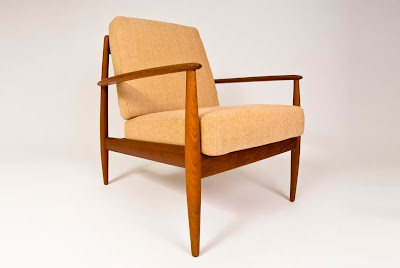 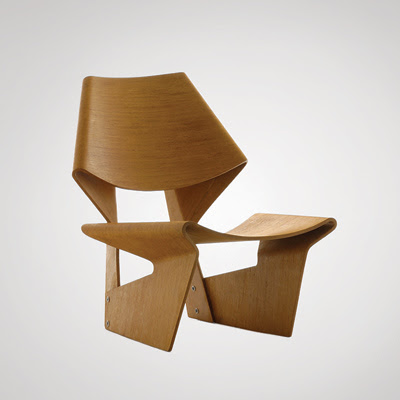 Described by a Danish critic in 1960 as a fine example of “the strong weaker sex,” Grete Jalk has left distinguished footprints on the Danish Mid-Century Modern period of design. As an Architect and furniture designer, she has the ability to design pieces to stand alone as individual artworks, as well as the ability to create entire accommodating environments. Trained under Kaare Klimt at the Royal Academy of Arts in Copenhagen, like many other Danish Modern designers, Jalk explored different materials and construction processes.

As in Grete Jalk’s case, timing is everything. Her interest in affordability and ease of production lead her to break a prolific collaboration with Poul Jeppson dating back to 1955. Her experimentation with bent plywood brought about the very elegant 1962 nest of tables set. Produced from just one piece of plywood per table, the design is clean yet original. This study progressed into the 1963 Side Chair, which is no less than the epitome of organic design in molded plywood. Whereas previous designers had failed to find a seamless transition between the organic nature of the seat and back rest to the structural frame, Jalk’s ribbon-like pieces fold elegantly into the base, making it possible to build the chair with just two separate pieces. This evolution came too late though, and her chair was overlooked by the masses as the interest in plywood furniture was waning en vogue. Though, in the design-trained eye, her Side Chair is regarded as a rare mid-century modern masterpiece.