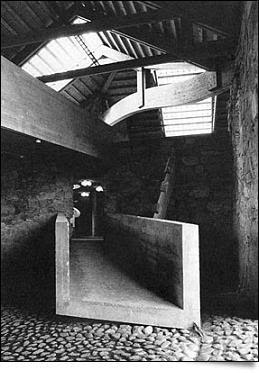 On February 23 of 2009, Architect Sverre Fehn of Norway passed away at the age of 84. Evasive of promotional public recognition and innately humble, it may be of no surprise that he slipped below your radar. Not to mention that the majority of his buildings are at home in the Norwegian wooden mountains or fjords, and a bit off the beaten path.

Having completed his studies at the Oslo School of Architecture in 1948, soon afterward, he trained under influential French architect Jean Prouve in Paris, where he was also inspired by the works and teachings of Le Corbusier. Upon his return to Oslo, he forged an investigation into the qualities of light and landscapes, expressed through experimental combinations of modernist building materials such as concrete, slate, and unfinished wood. The effect was an architectural style that deflects attention from itself and diverts it to honor the surrounding sculptural landscape. 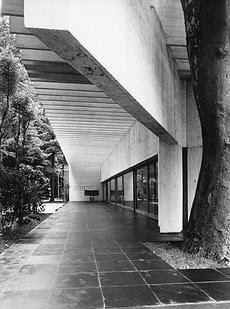 In 1997, Fehn was awarded the Pritzker Architecture Prize, the highest honor in the profession. He is noted for his intuitive eye for spacial design, his poetic expression in built form, and his excellent drafting ability. His most notable buildings include: Nordic Pavilion, Venice Biennale, 1962; Norwegian Glacier Museum, 1991; Hamar Bispegaard Museum, 1969 to 1973.; The Hedmark Cathedral Museum, 1967-79; and Norwegian Museum of Architecture, 2008.